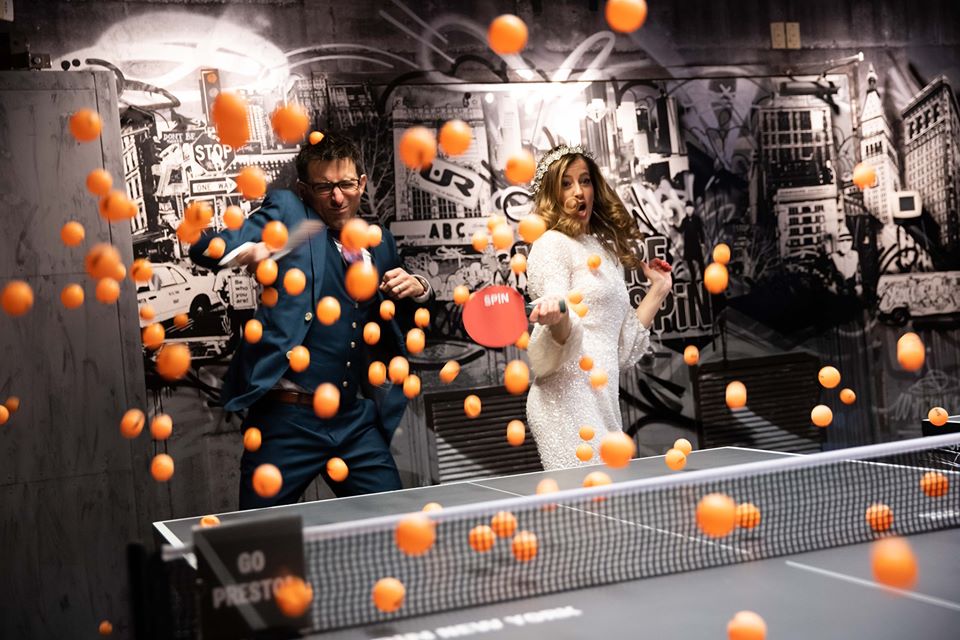 Chris is a software engineering leader and musician. He lives in New York City with his wife Louise (pictured) and Boston Terrier Roland (surprisingly not pictured).

Chris LoPresto grew up as an oldest child in Delaware, the oldest state. He picked up degrees in Jazz Performance (piano) and Computer Science at Exit 9 of the NJ Turnpike before continuing on up to New York City.

Chris is an an engineering leader with experience building teams and inspiring change He has a track record of accelerating product teams while leveling up tech teams. Over the course of his career, Chris has played with Patriot Missile System schematics, been CTO of a venture funded startup, given conference talks, and accrued several stories.

More miscellaneously, Chris is an Eagle Scout who has visited 46 of the 50 states and ridden a private elevator with a pope4. He is always game to debate which is better, cake or pie5.